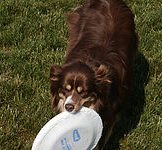 Pepper is the dog that started the Aussie madness in our house.  Considering how naughty she was as a puppy, it’s a wonder we ever got another dog.  She mellowed as the years went by but she passed on the love of the disc to all the puppies she helped to raise.  In her youth, Pepper was a fierce disc player and had springs in her legs that I’ve rarely seen in a dog so small.  Unfortunately, her legs didn’t cooperate with her as she got older and she dealt with quite a few health issues including epilepsy and at the end, cancer.  We spoiled her rotten until the end and she made three trips with us to Chattanooga, TN for the Skyhoundz disc dog world championships.  She was our introduction to the crazy Aussie breed and will always be my favorite “Brown Dog.” 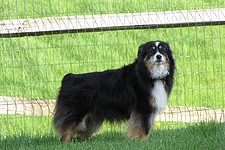 Riley was our second dog and Pepper’s half brother.  He was a shy boy but he always brought a smile to our faces.  He had a big amount of goofball in him and he always seemed like he was having fun.  He never was a disc dog star but he loved to chase the disc.  The joke we told about Riley was that he was more of a “Frisbee locator” than a Frisbee catcher.  Riley got sweeter with age and made the move with us from each house we’ve owned.  He made himself at home wherever we went.  He loved trips to Grandma and Grandpa’s house when we did some long disc dog trips.  In the end, Riley’s kidneys failed him and his decline was rather sudden.  We still struggled with the decision to let him go.  We miss you “Buddy.” 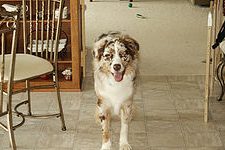 Porter is a dog that will always hold a special place in my heart.  He was our first standard size Aussie and he taught us about the fun and enthusiasm the breed can bring to a home.  He was my first frisbee dog.  He loved to play and looking back now after many years, he was really good at it.  He left us far too soon but his legacy lives on in the fact that he taught Pepper how to play disc and she has since taught all of our other puppies how to play.  Porter’s torch still burns brightly every time one of my dogs catches a disc. 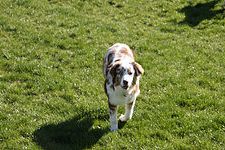 Sienna, where do I start with Sienna.  She was the sweetest Aussie you’ll ever meet.  She and Rocky were best buddies and should have grown old together but that was not meant to be.  She was dealt a few unfortunate genetic issues and her heart just couldn’t keep up with the love she had to give.  We tried our best to save her including several trips to the Univ. of Pennsylvania where they inserted a pacemaker.  But, it wasn’t meant to be.  We had a few extra months with her after the operation and we spoiled her to death and took lots of pictures.  She is missed dearly and is the reason our dogs are covered by pet insurance.